GERD Diagnosis and Treatment
GERD Treatment
GERD (Gastrointestinal Esophageal Reflux Disease)is a very common condition of the gastrointestinal tract, referring to the back-flow of acid or non-acidic content into the esophagus from the stomach. GERD can be discovered as the result of complications from months or years of “erosive” tissue breakdown/irritation.

Symptoms include burning sensations in the chest, regurgitation of food or liquid, bloating, hoarseness or difficulty swallowing

Regular screenings, such as endoscopies, can help detect and prevent complications of GERD
Contact Us
Gastroesophageal Reflux Disease: Symptoms, Causes, Treatment
GERD
What is GastroEsophageal Reflux Disease (GERD)?
How does GERD occur?
What symptoms are associated with GERD?
What factors are associated with an increase in GERD symptoms?
What can I do about my GERD?
When should I be evaluated for GERD with upper endoscopy?
Want to learn more? Visit these websites: 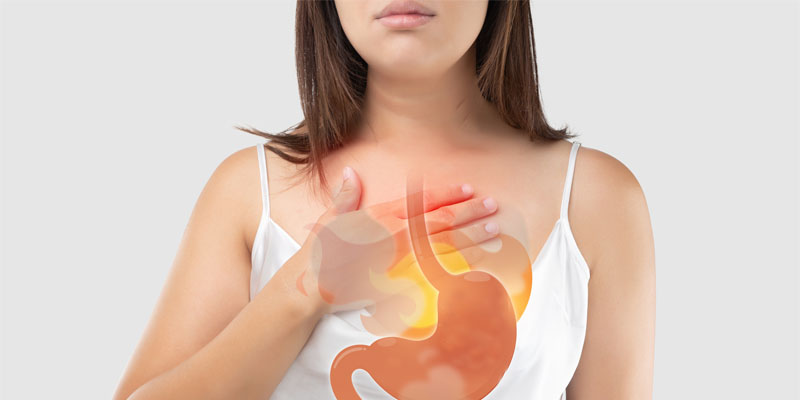 GERD is a very common condition of the gastrointestinal tract referring to the back-flow of acid or non-acidic content into the esophagus from the stomach. GERD is defined by its symptoms and may or may not appear to have tissue damage due to exposure of the tissue to the acid. GERD is further categorized as “erosive” with tissue breakdown/irritation.

Non-erosive GERD (NERD) has normal appearance to the skin, but still produces symptoms similar to classic GERD. Even without symptoms, GERD can be discovered as the result of complications from months or years of damage.

The stomach is protected from acid by tall cells, called columnar epithelium, which secrete mucous, but the esophagus has thinner plate-like cells called squamous epithelium which is more easily killed by the caustic chemical effects of acid and digestive enzymes like pepsin. Normally the body prevents this with a variety of mechanisms including saliva which contains some buffering bicarbonate. Parastalsis (muscular contraction of the esophagus) and gravity help clearing acid.

The EGJ or esophagogastric junction, also called lower esophageal sphincter is an area of higher pressure about 2-4 cm in the bottom of the esophagus. It helps keep the acid in the stomach. The EGJ also works with the muscles of the diaphragm (the muscle responsible for pulling air into the lungs) to increase the pressure in this area.

It was originally thought that all of the damage related to GERD was due to acid effects and enzymes, but we now know that some of the damage is due to the immune system recruiting inflammatory cells into the region.

The first treatment of Gastroesophageal reflux disease starts with lifestyle modifications, not medication.

You can be referred to a Gastroenterologist for symptoms of your reflux at any time. Generally, we perform evaluations for “alarm symptoms” which include:

Patients will also be evaluated for Barrett’s Esophagus if he/she has experienced reflux for at least 5-10 years, meeting several of the following criterion:

Visual evaluation of the esophagus can establish if erosive esophagitis is present, check for structures that may be dilated, assess bleeding and look for cancer.

A Bravo pH monitoring study can be used to gauge the efficacy of treatment of the reflux over a period of 48 hours and may be a useful test your Gastroenterologist can order if appropriate. You might need this if you continue to have symptoms of chest pain even after treatment with PPIs.

Experiencing problems with acidity or having predisposing factors? Call us Today
Contact Us
Related Providers

At Anderson Regional Medical Center's Meridian Digestive Health Center, our team of experts is dedicated to providing top-quality care for patients with GastroEsophageal Reflux Disease (GERD). We have the skills and expertise to accurately diagnose and effectively treat GERD, helping patients to improve their quality of life. Our Digestive Health Center offers a wide range of services, making it the most comprehensive resource for digestive care in the region.